Stirling, Scotland’s newest city, is perhaps the place where our national heritage is most vividly recalled. 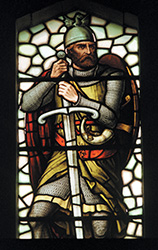 Stirling, Scotland’s newest city, is perhaps the place where our national heritage is most vividly recalled. It was here that William Wallace – the Braveheart – and Robert the Bruce won independence for Scotland.

Stirling Castle, once the residence of Scottish Kings, perches atop an extinct volcano, trailing behind it the exquisite architecture and cobbled streets of Stirling’s Old Town. The historical streets of the Old Town, wind upwards to the castle, past the renovated Tollbooth and the Old Town Jail. Next door stands the medieval Church of the Holy Rude, where James VI was crowned and John Knox preached the sermon. Argyll’s Lodging, a beautifully restored mansion house built in the 1570s and extended in 1632, is your last stop before reaching the top of the hill, and the Castle. Stirling Castle, perched on its rocky crag, is one of Scotland’s grandest. Its history is turbulent, its architecture outstanding. As a military stronghold, seven great battles - including the decisive moments of Scotland’s wars of independence - took place within sight of its walls. Later, for almost three centuries, it was a favourite royal residence.

The striking National Wallace Monument, Scotland’s commemoration of its great hero, popularised in the Hollywood epic Braveheart, stands proudly on the Abbey Craig, overlooking the site of Sir William’s greatest victory, at the Battle of Stirling Bridge, in 1297. Another legendary Scottish victory - the Battle of Bannockburn in 1314 - is celebrated at the Bannockburn Heritage Centre, just two miles south of Stirling, where there is also a striking equestrian statue of King Robert the Bruce.
Modern Stirling is a cosmopolitan university city with a wide-ranging cultural life. Cafes and restaurants to suit all tastes abound, and the town centre offers excellent shopping opportunities in the pedestrianised streets or the covered Thistle Marches Centre. 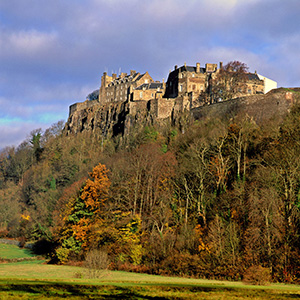 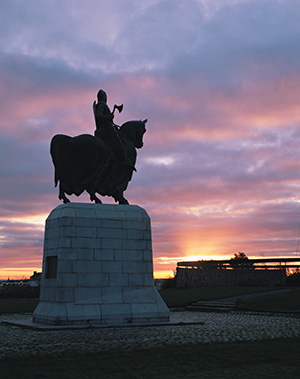 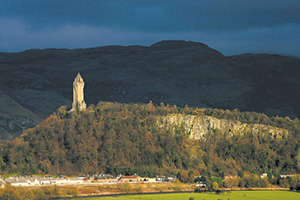